The history of the University

Back in the early twentieth century, on the initiative of the Grand Duke Alexander Mikhailovich Romanov, who is a recognized authority in the development of aviation in Russia, courses and schools for the training of flight technical personnel were established in St. Petersburg. This period can be considered the beginning of the formation of the St. Petersburg school of aviation education.

Since 1907, lectures on aeronautics have been given at the St. Petersburg Institute of Railway Engineers, the Polytechnic Institute, and the university.

In 1918, the aerotechnical school, courses of aviation mechanics, as well as the school of pilot-observers were organized in Petrograd. 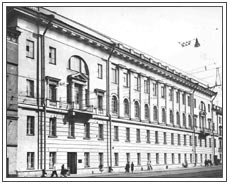 On the initiative of professors N.A. Rynina and A.A. Satkevich in 1920 in the Petrograd Institute of Communications established the faculty of air traffic, the first dean of which was Professor N.A. Rynin.

On the eve of the Great Patriotic War, on March 27, 1941, by order of the USSR People's Commissar of Defense, it was announced that the Military Aviation Engineering Academy was established on the basis of LIIGVF, which at the present time received the status of the Military Engineering Space University. A.F. Mozhaisky.

These are the historical roots and prerequisites for the creation of the Higher Aviation School - the Academy - the University of Civil Aviation. 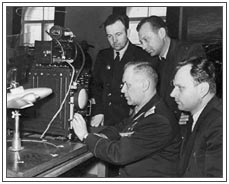 In the post-war years, a rapid growth in the volume of air traffic began, and the formation of an air transport system and the corresponding aircraft manufacturing enterprises were proceeding at a rapid pace. If from 1946 to 1950. the annual volume of passenger traffic in the USSR was 119 thousand people, in the next five years, 184 thousand, then in 1961 it reached 5.7 million people. Similar rates have been maintained for 30 years. Air transport became a mass, and then the main mode of transport for passenger transport over long distances. This necessitated the introduction of reactive aircraft technology, the improvement of engineering and technical systems, booking airfields, and the air transport management structure. Achievements of scientific and technical progress had a beneficial effect on these processes. It became obvious that without the training of flight crews, dispatcher personnel, organizers of aviation production of the highest qualification, it was impossible to fully solve the whole range of these specific tasks. At the same time, flight and command personnel with a higher education were not prepared in the country. 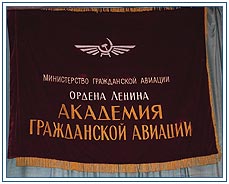 The famous commander of the period of the Great Patriotic War, commander-in-chief of the Soviet Army Air Force, twice Hero of the Soviet Union, chief air marshal, professor A.A. Novikov. He was appointed the first head of the school and devoted 10 years of his life to an educational institution.

On November 11, 2004, on the basis of the decision of the accreditation board of the Federal Service for Supervision in Education and Science, the university established the accreditation status of the university. The university received the name: Federal State Educational Institution of Higher Professional Education (FGOU VPO) St. Petersburg State University of Civil Aviation (SPbGUGA ). Nowadays, the word “budgetary” has been added to the abbreviation “FGOU VPO”: “FGBOU VPO” 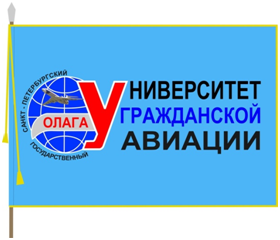 During the period of its activity, the University has prepared for civil aviation more than 30 thousand managers and highly qualified specialists.

Over the years, the Higher Aviation School - the Academy of Civil Aviation - the University of Civil Aviation graduated from: Ministers of Civil Aviation of the USSR: B.P. Bugaev and B.E. Panyukov; Deputy Minister of Transport of the Russian Federation V.M. Okulov; 11 first deputies and deputy ministers of civil aviation of the USSR A.I. Nazarov, A.A. Popov, K.K. Gulakov, V.A. Kolosov, I.F. Vasin, N.P. Bykov, Yu.A. Yurkin, L.V. Ilchuk, A.M. Goryashko, A.I. Semenkov, B.D. Rude; Four Heads of the Federal Aviation Administrations (DVT of the Ministry of Transport of Russia, FAS, FSVT): A.A. Larin, G.N. Zaitsev, V.V. Zamotan, K.K. Rupel; President of the Republic of Lithuania in 2003-2004 Rolandas Paksas; 21 heads of the main directorates and directorates of the central office of the MGA of the USSR, other federal bodies of state administration of air transport; 52 heads of territorial (district, regional, interregional) departments of the Civil Aviation Authority, as well as educational institutions of the Civil Aviation.

About 5 thousand graduates became heads of airlines, airlines and airports, over a thousand - heads of air traffic control units and services. Thousands of graduates received government awards and badges, more than 200 were awarded honorary titles "Honored Pilot", "Honored Navigator", "Honored Worker of Transport", 29 graduates were awarded the high title of Hero of the Soviet Union, Hero of Socialist Labor, Hero of Russia.

Registration on the service